Covid-19: For more information about what the current situation means for your upcoming surgery at Mercy Hospital, click here 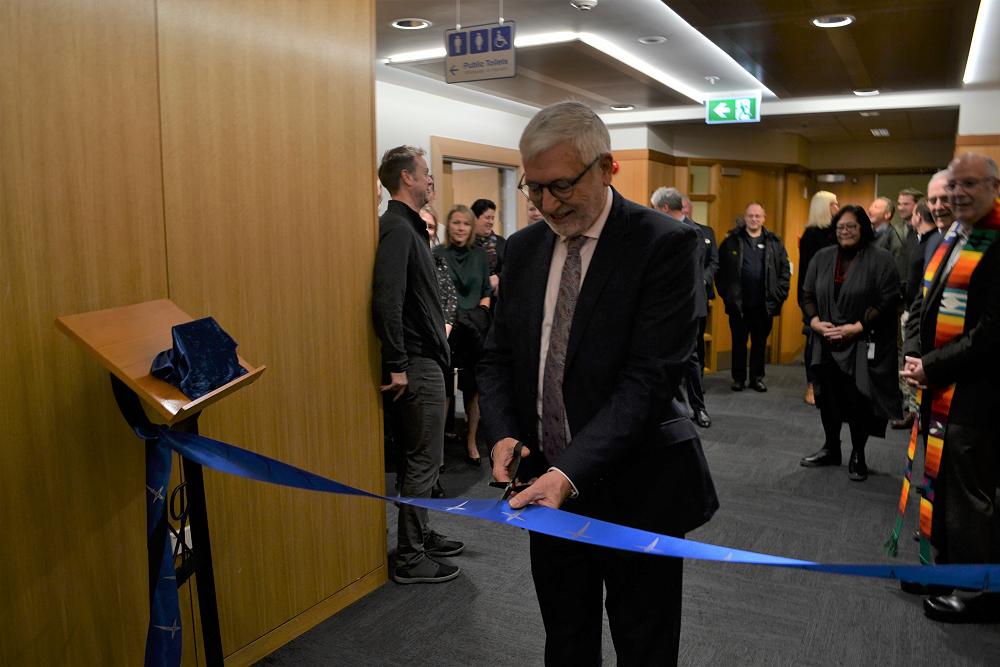 Today Mercy celebrates both its 85th anniversary of service and the opening of Callaghan Ward, an inpatient ward located on the second floor.

On 16 July 1936 the Sisters of Mercy admitted the first patient to their then 23-bed Mater Misericordiae Hospital at 19 Royal Terrace. This facility was rapidly outgrown and in 1969 Mater (later Mercy) Hospital relocated to its current site in Newington Avenue, to a brand new 64-bed hospital that cost $1 million to construct.

A continued shift in patient numbers saw Coolock day surgery unit commissioned in 2008 to accommodate the growing number of day surgery procedures being undertaken. At the same time the first floor McAuley Ward was extended and renovated to provide more single inpatient rooms, in line with patient preferences. The second floor ward was closed to medical patients and rooms were refitted to accommodate staff offices.

Currently Mercy can accommodate 41 overnight patients on McAuley Ward and a further 30 patients in day stay beds across the campus. Callaghan Ward will open in stages, initially as a Tuesday to Friday ward, with the first patients to be admitted following Ministry of Health certification. Construction will continue over the next few months and all 22 new beds will be commissioned by November 2021.

The opening of the Callaghan Ward is a significant step in Mercy's strategic plan, ensuring our ability to meet the future health needs of the Otago and Southland communities. The next stage of campus development will involve relocation of the intensive care unit from the ground floor to the first floor. McAuley Ward will lose five beds at that point to make way for the new thee bed ICU. In addition, a seventh operating theatre will be accommodated.

Callaghan Ward was designed by McCoy Wixon Architects and construction was managed by Naylor Love.

Mercy Hospital capacity
McAuley Ward: 41 (will reduce to 36 with the relocation of ICU)
Callaghan Ward: 22
Coolock Ward: 18
Manaaki: 6
Operating theatres:
6 at Mercy Hospital (seventh theatre to be added in 2022)
2 at Manaaki

On July 15th 2022, Mercy Hospital celebrated the opening of its new state-of-the-art ICU.

Once again in 2022, Mercy Hospital was able to purchase a number of items from the funds received from the Dr Marjorie B...