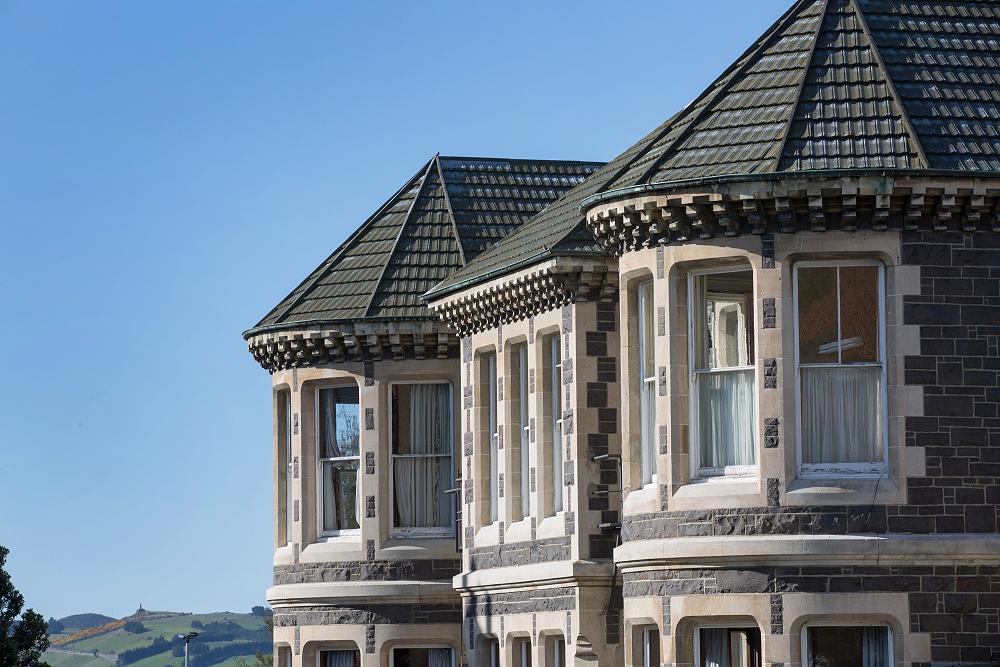 This week several Mercy Hospital staff members move into new offices on the first floor of Marinoto House, which has undergone a sympathetic restoration project.

Marinoto House is a Category 2 listed building, constructed in 1878. During the 1900s it served as a grand home for a number of prominent Dunedin families, then as a nurses’ home, before being acquired by the Sisters of Mercy in 1960.

Originally used as a convent by the Sisters, in more recent years Marinoto House has hosted educational and community meetings and events for health sector entities. The large ground floor rooms accommodate a busy schedule of meetings, training sessions and social functions. The smaller rooms on the first floor, however, had not been used for many years.

With the upcoming creation of a much-needed new in-patient ward on the second floor of the main Hospital building, offices were required for displaced clinical skills, HR and ICT staff. A refit of the Marinoto House first floor areas would both provide an ideal space solution and be an opportunity to restore the neglected areas to their former glory.

The restoration project was guided by Mercy Hospital Chief Executive Richard Whitney, who has a real passion for the history of the Mercy order in Dunedin. Richard worked with architect Regan Hall of McCoy & Wixon to plan spaces which were sympathetic to the building's late Victorian provenance.

Naylor Love started building work in 2019, knowing that as they began to work on the house it would give up its construction secrets. Marinoto House did not disappoint – triple brick construction, uneven floor joists, 1970s joinery units, crumbling decorative ceilings, rattling radiators and ageing wiring all added challenge to the project. These were worked through, and the new offices are resplendent with dark blue and green paint tones complementing William Morris wallpapers and a warm red-patterned Axminster carpet. Upgraded bathrooms incorporate original tiling with modern fittings. The new spaces include five offices, an ICT training room and a new boardroom-style meeting room and are now ‘home’ to ten lucky Mercy staff members.

A brief history of Marinoto House

The historical home had its foundation block laid in 1878 by Mr John McGregor, who hoped the property would be purchased for use as a Governor's residence. The bluestone from the Port Quarry was carted to Dunedin by bullock-wagon. Unfortunately, with only the exterior and the ground floor completed, Mr McGregor ran out of money and the mortgaged property had to be sold in 1883.

The new owner, Mr William Morris, installed the sweeping staircase and completed the first floor. Mr Morris, his wife and 10 children lived there for 17 years, before the ownership transferred to Mr John Ross in 1901. Ill health forced Mr Ross' departure from Dunedin, and in 1905 the house and land was transferred to Sir Percy Sargood. For more than 30 years it remained the Sargood family home and Marinoto was well known for garden parties and balls during this period.

The title was transferred in 1941 and again in 1947 when there was a proclamation under the Public Works Act that saw the house purchased by the Otago Hospital Board. During this time Marinoto was used to accommodate nurses beginning their training and later as accommodation for senior nurses at Dunedin Hospital. The property was identified by the Hospital Board as no longer being required in 1958 and was purchased by the Sisters of Mercy in 1960.

Up until then, the Sisters had lived at the All Hallows convent alongside Mater Misericordiae (as Mercy Hospital was originally known) on Royal Terrace. With the purchase of Marinoto, the Sisters advanced their plans to build a new, larger hospital on the Maori Hill site.

In 1969 the new Mater Misericordiae was opened on Newington Avenue, and the Sisters moved into the new convent in Marinoto House.  The building was ideally suited as the ground floor provided space for larger community activities while upstairs rooms were divided in half for use as bedrooms. With 17 sisters in the community, additional bedrooms were needed and the convent extension was built. Sisters continued to live in the house for 42 years. The last resident of Marinoto House, Sr Chanel Hardiman, moved out in June 2011.

On July 15th 2022, Mercy Hospital celebrated the opening of its new state-of-the-art ICU.