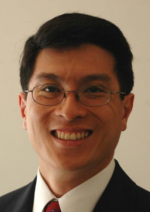 Casey began working in Dunedin Hospital in 2000, began vocational training as an Ophthalmology Registrar in 2003 and became a fellow of the Royal Australian and New Zealand College of Ophthalmologists in 2009.

He completed a fellowship in paediatric ophthalmology in Brisbane and returned to New Zealand in October 2010, working in Christchurch as a locum consultant until June 2011.

He enjoys teaching about ophthalmology and has been a spokesperson for Glaucoma NZ public meetings.

This information has been provided by https://www.healthpoint.co.nz, helping people better understand and use New Zealand health services.